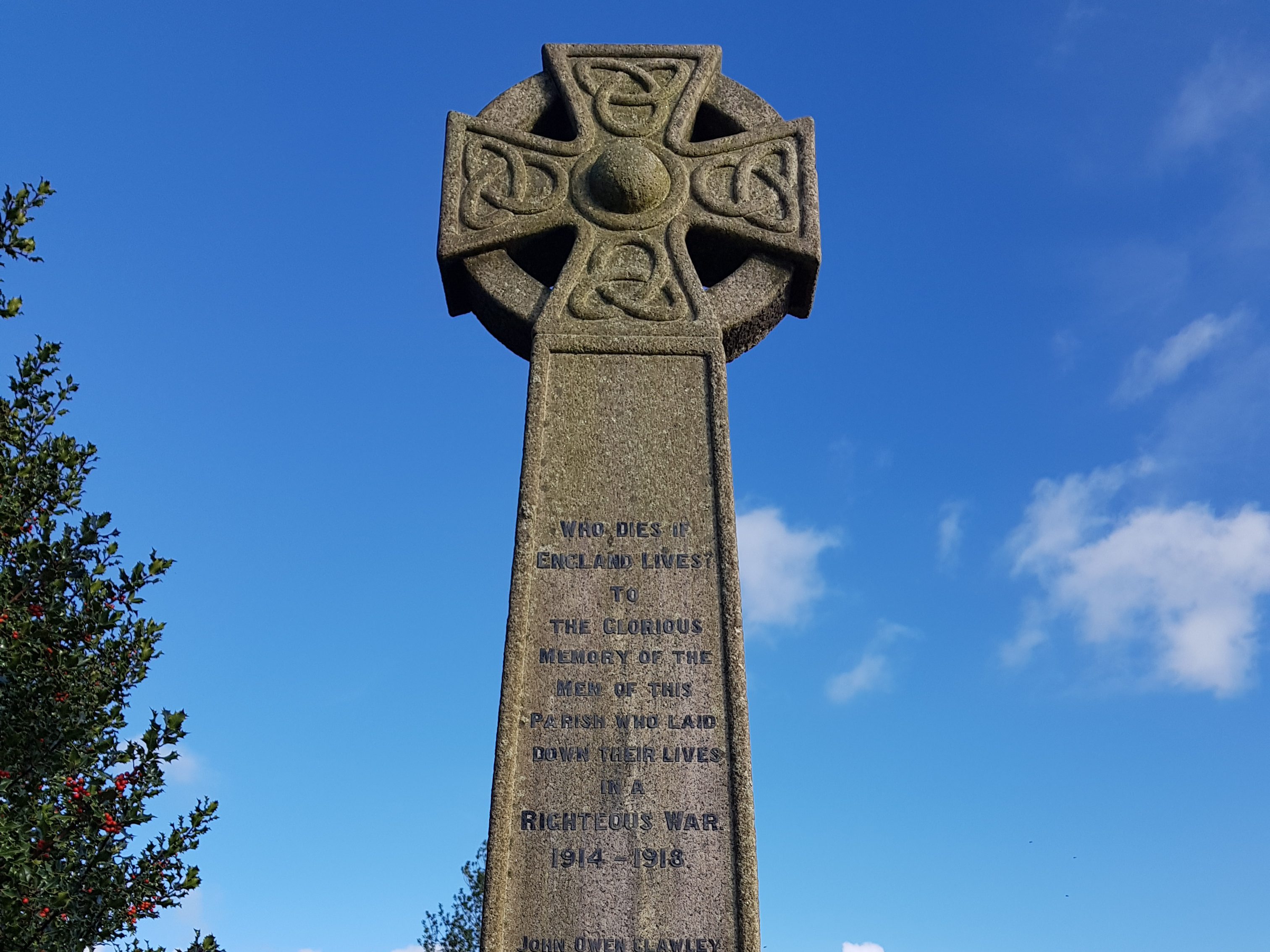 Why do we have a War Memorial in the village?  A simple question maybe, but one worthy of answering.

A rural backwater, Cockshutt was considerably smaller one hundred years ago; even so, it didn’t escape the ravages of global conflict.  During the savagery of WW1 sixteen of its young men, answered the call of duty and served their country. They didn’t return.  Twenty or so years after the Armistice another seven were caught up in the brutality of WW2.  They didn’t return.

All that their families could do was grieve, for their boys had been laid to rest in foreign lands near to where they fell, (Thomas Edward Townsend WW1 and Eric Herbert Parker WW2 are buried in CWGC graves in the churchyard).

In response to the national outpouring of grief, public memorials to the fallen were commissioned; Cockshutt was no exception.  Funded by local donations, the granite column adorned with a Celtic cross, was installed in 1921 and consecrated by the Archdeacon of Salop on 25th December. The dedication above the WW1 roll call reads:

Who Dies if England Lives?

On the plaque commemorating the fallen of WW2, the inscription reads:

Over time, I have been actively involved in commemorating the fallen of WW1.  Talking to the older school children about why we have a war memorial, unearthing the story of my Great Uncle, James Brampton, killed in action on 2nd September 1918 and the researching and telling of the real lives of Our Boys from Cockshutt, from birth until their tragic and untimely deaths on the bloody battlefields; visits to their graves and memorials in France and Belgium were deeply moving.  As the anniversary of each death approached, I attended the poignant weekly service of remembrance at St. Chad’s Church, Shrewsbury for Shropshire’s fallen

And now, having accepted an official invitation to the Final Great War Remembrance Service and Celebration of the 100th Anniversary of the end of WW1, The Treaty of Versailles later this month in St. Chad’s, I know that I will be silently shedding a tear for all our fallen.

It has been an immense privilege to be able to hold the real-life stories of Our Boys so close.  I know that as I sit among the ethereal There But Not There silhouettes on Remembrance Sundays, I will again feel that for a fleeting moment, they have returned home.  But I also know that whenever I pass-by a war memorial, wherever it is, I will always ponder on what was the real-life behind the name.  I hope that you do too!

Finally, in this auspicious year it is fitting that Cockshutt War Memorial has been awarded a Grade II Listing.

WE WILL REMEMBER THEM

No easy hope or lies
Shall bring us to our goal,
But iron sacrifice
Of body, will, and soul.
There is but one task for all –
One life for each to give.
What stands if Freedom fall?
Who dies if England live?