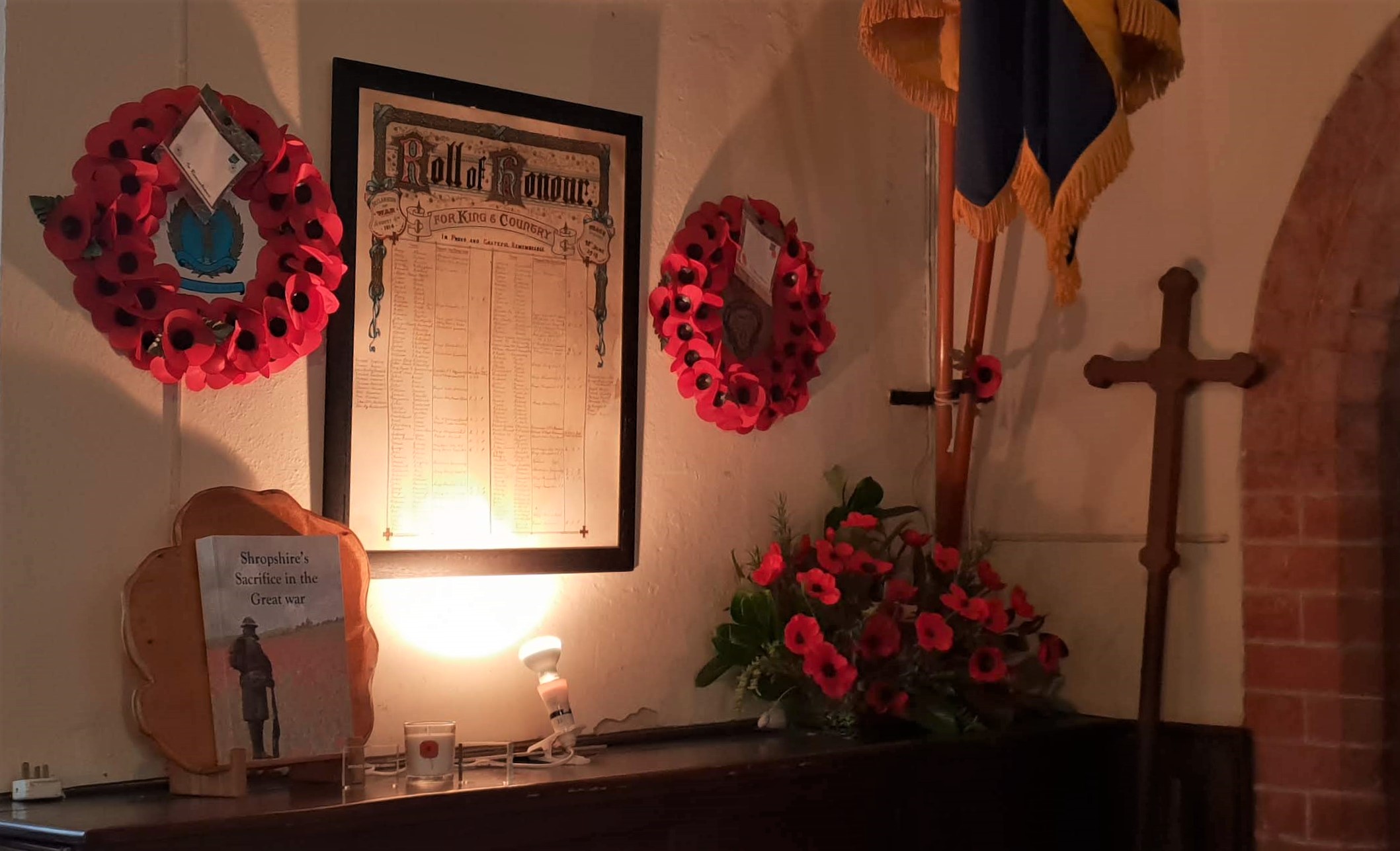 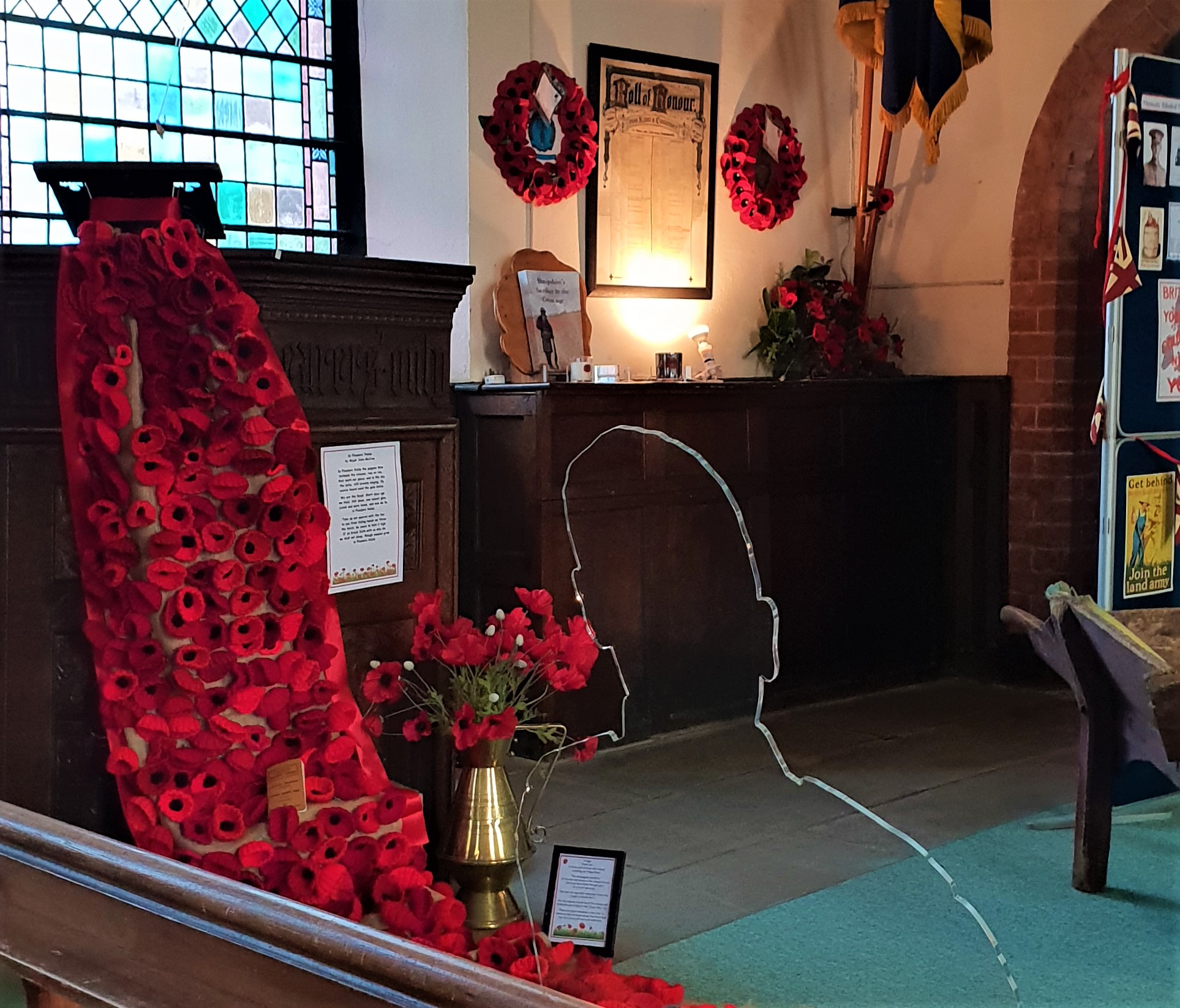 As time moves on and we have chance to catch our breath and reflect upon how we paid homage to our WW1 fallen, the word that comes to mind is, quite simply, “inspirational.”  So many people wanted to be involved, from the very young to the not quite so young!

We knitted, carved and baked; unearthed family heirlooms and borrowed bridles from our horses.  Others lent military uniforms, academic caps and gowns and even an aeroplane propeller.  The flower arrangements were amazing, as was the enormous hand-crafted poppy banner hanging from the tower.  The music provided a calm and reflective ambiance.

The list is endless, but above all and in whatever capacity, everyone gave their time and support in loving remembrance of Our Boys. 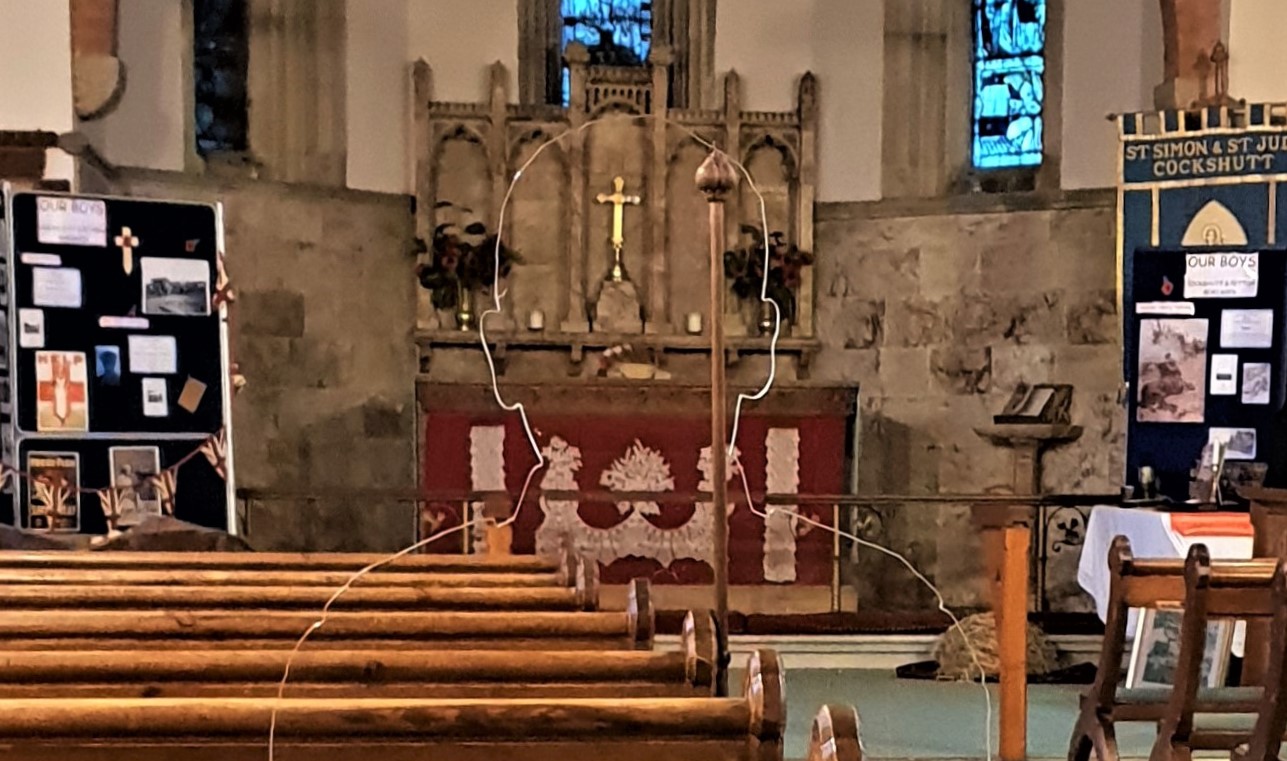 At 11am, on 11th November 2018, the packed Parish Church of Ss Simon & Jude, Cockshutt joined the nation, as we fell silent in hushed tribute to all those who have died whilst serving our country, keeping us safe from harm.

Peacefully sitting amongst were the silhouettes.  Ethereal, There, But Not There, they provided a channel for our thoughts and prayers as we tried to comprehend the debt we owe to all those who have fallen in the name of justice, peace and freedom.

As the names of our WW1 fallen were called out and our attention focused on the hundred years centenary of the 1918 Armistice, it really did feel as if we had finally brought Our Boys home.

We Will Remember Them.